Their children, Esther, Ruth, Malcolm and Raymond shared some amazing memories. They told of the latter part of her life where she had been saying to the care staff “Water by, water by”. This confused them because they knew that she had plenty to drink, plenty of water. Esther eventually figured out that her mum was referring to the sung version of Psalm 23, and the verse that ends “..the quiet waters by.” Once the care staff knew this they even printed off a version and kept it prominent in Elizabeth’s room and read it to her when she was agitated.  The fantastic words of the Psalm set to music provided the rod and staff of comfort to Elizabeth.

One of Elizabeth’s friends from school proved that teachers jokes did not improve regardless of what era they were from. Elizabeth’s maiden name was Bean,  her father was a master draughtsman and her grandfather a freeman of York. When Elizabeth was at school, one of her teachers had the job of monitoring who had had their daily milk and how much. He would run through the list until he came to Elizabeth’s entry, read out “Bean, 2”  and then chortle and say “Elizabeth, Where have you been to?” The joke does not improve with age or retelling I’m afraid.

Elizabeth’s son Malcolm read her eulogy and painted a fantastic picture of Elizabeth and Bob’s house, filled with a welcome for children and young people. This welcome extended to many disadvantaged young people who  came to stay for respite and holidays,  to extended family from around the country, church visitors and missionaries and to friends of friends. Visitors to the church often found themselves at the Patten home,  a house of many rooms although when the Raeburn was the only source of heat in the house, the kitchen diner was the place everyone gathered for chat and fun.

Malcolm also described the family memories of holidays around the UK with Elizabeth having every last penny sorted in order to be able to afford the holiday in the first place. Even the food was all bagged up  and labelled for specific days. All of Elizabeth and Bob’s children remember the holidays as the best of times.  Malcolm also reflected on the fact that although the trip often started with the family car the return leg was often made on the back of a recovery vehicle. Travelling for his mum’s funeral Malcolm unexpectedly found himself in the same situation, travelling in the back of a recovery wagon for the first time since he was a child. He pondered on whether or not this was a canny ploy to save money, weighing up in his current situation the cost of fuel saved against the costs of recovery.

“Christian, meditate much on heaven, it will help  thee to press on and to forget the toil of the way. This vale of tears is but the pathway to the better country :this world of woe is but the stepping stone to a world of bliss” Charles Spurgeon.

We will not be having our usual Sunday Morning service on the 17th. Instead we will be again hosting our unique Live Nativity. Last year our special guests were some Shetland ponies. This year we  are hoping to welcome two donkeys.  We will be taking a collection as part of the Nativity as our Christmas gift to Hartlepool Hospice. Please do feel free to join us. And if you want to dress up as a Nativity character such as shepherd, wise man etc do feel free to join. The donkey roles have been taken though. 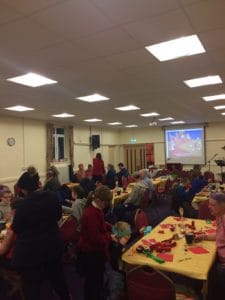 Friday 8 December saw our Filling Station Christmas meal with 50 friends joining us for a meal, some art 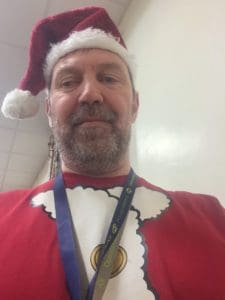 s and crafts and music and videos. It is worth reflecting that we only started Filling Station in April and none of us knew where we would end up  with this project. We’ve made so many new friendships this year,  been able to offer help and support to a few people and for some just simply listened and cared. The impact of Filling Station can best be summed up in the words of a Christmas card we recieived from one of the families that simply said ” Thank you for making me and my family feel so welcome”.

Filling Station has been a project helped by the whole church and by visitors who’ve simply decided they want to help as well. Whether it is setting out the room each week, preparing and serving the food,  washing up and tidying up or providing entertainment for kids and adults everyone has played a role in making Filling Station work.

We pray for the Filling Station to continue to grow and serve the needs of both West View and the wider Hartlepool community. As an added bonus we did see Terry turn up as Santa Scruff or “Wurzel” as Matty  keeps calling him. We don’t take ourselves too  seriously at West View Baptist Church. Our last Filling Station for the year will be on Friday 15 December. 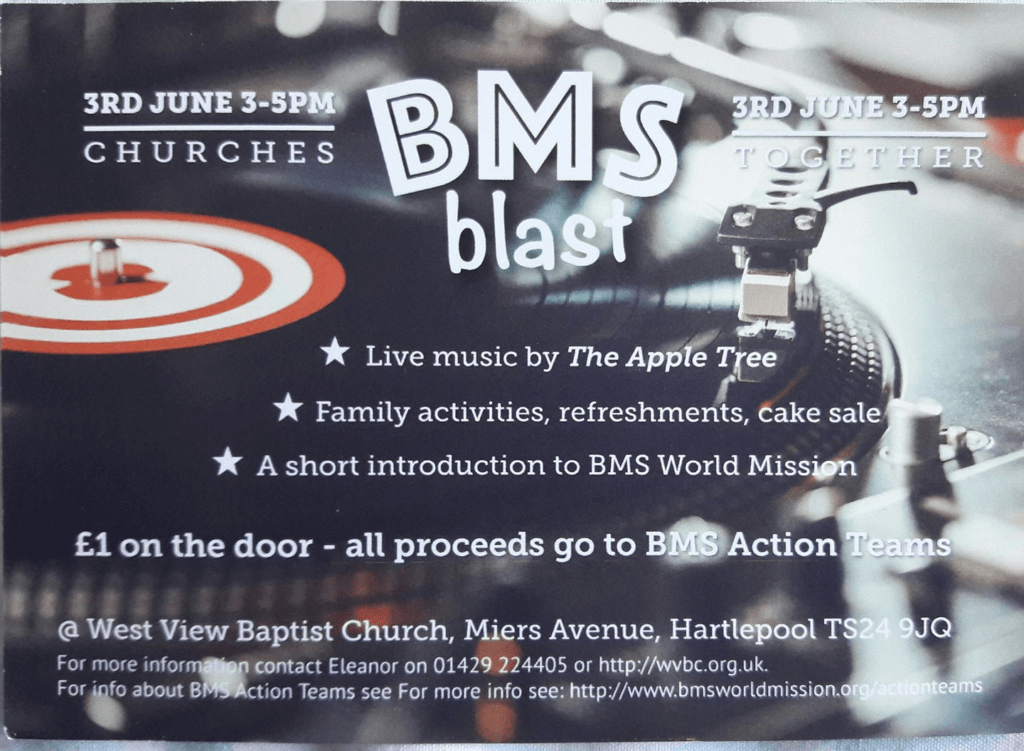 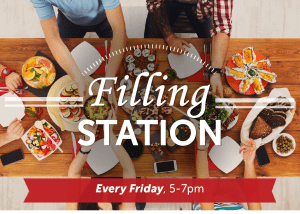